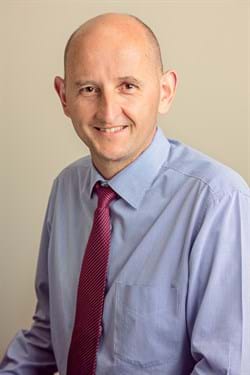 Dr Simon has continued to enhance his skills in his chosen areas of sub-specialisation- Breast and Endocrine Surgery.  In June he attended the Australian Society of Plastic Surgeons' Plastic Surgery Congress in order to further his oncoplastic breast cancer and breast reduction knowledge and in November he attended the 7th International Thyroid and Parathyroid Conference.

In June Dr Simon directed his last Early Management of Severe Trauma Course in Lismore for the Royal Australasian College of Surgeons. The College will only be running these courses in the major cities from 2017 onwards.

In 2015 DR Simon attended the following conferences and courses:

Rob graduated with his MBBS from the University of Sydney in 1988. He completed his Surgical Fellowship at the Prince of Wales Hospital, Randwick, in 1996 and followed this with 2 years working in Breast and Endocrine Surgery at the Glasgow Royal Infirmary in Scotland. Rob was appointed as a Visiting Medical Officer in General Surgery by the North Coast Area Health Service (now Northern NSW Local Health District) in May 1999. Rob has been the Head of the Department of Surgery at Lismore Base Hospital since 2004.

Rob has a special interest in thyroid/endocrine surgery (including minimally invasive parathyroidectomy,  parotidectomies and laparoscopic adrenalectomies) and the surgical management of breast cancer and has spent many years honing his skills in these areas.

After 8 years of focusing on the purely curative side of breast cancer including lumpectomies, mastectomies, sentinel node biopsies and when needed, axillary surgery, Rob realised that there was a need for his patients to have access to affordable and timely reconstruction options locally. He has offered this service for the last 5 years to improve the quality of life and psychological wellbeing of his patients. More recently Rob attended the Oncoplastic Master Class with renowned breast surgeon Professor Krishna Clough in May 2011. Since this time he has also been able to provide more complex surgical options with better outcomes for his breast cancer patients. This means that Northern Rivers patients now have a local public and ‘No Gap’ private alternative to the expense and inconvenience of travelling away to access this type of service.   While Rob makes no claims to be a plastic surgeon, the results he has achieved provide a realistic and pleasing solution for his many patients who would otherwise not have had this option.

In addition to his special interest in breast and endocrine surgery Rob directs the Lismore 'Early Management of Severe Trauma' (EMST) course which provides instruction to junior doctors and General Practitioners in this important area of medicine. This is one of only 2 rural EMSTcourses offered in NSW each year. Rob was also a member of the Royal Australasian College of Surgeons Early Management of Severe Trauma (EMST) committee for several years.

In November 2013 Rob was invited to present a lecture titled ‘Making the Cut in Breast Cancer’  to General Practitioners at The  Women’s Health Workshop , Byron Bay and also gave an Invited Lecture on Sentinel Node Biopsy at a Plenary session during the  Global Controversies and Advances in Skin Cancer 2013  conference in Brisbane, in November 2013.